We have known for some time that physically active individuals have a longer life span and are overall healthier than those who are sedentary.  This certainly extends to heart disease, where exercise clearly has a beneficial effect for both prevention and therapy. But more recent research into “extreme” levels of exercise, especially endurance running, is raising questions about whether it is possible to exercise too much. This is becoming a controversial and heavily debated topic in the world of sports medicine.

Recently, a new study was released which adds important information to this debate. This was a very 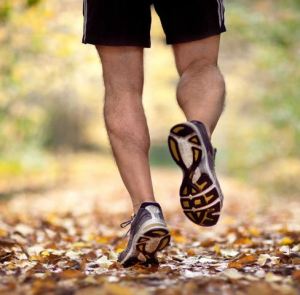 detailed study in Europe of individuals over many years to try to link the degree of jogging with overall mortality and cardiovascular health.  Called the Copenhagen Heart Study, this particular analysis identified over 1000 active joggers and followed them for over 12 years. Not surprisingly, those who exercise either mild or moderate amounts were healthier and lived longer than their sedentary counterparts. What was most interesting however, is that those who ran the most vigorously (defined as 4 or more sessions weekly, or high intensity sessions) actually did not have improved survival compared to the sedentary non-runners.  This suggests that perhaps more extreme levels of running may actually be harmful. In fact, other studies have suggested a similar connection, such as a higher risk of irregular heart rhythms in those who participate in extreme sports.  The study did have some limitations as it did not address other types of exercise, the participants were not randomized,  and the limited number of participants prevented detailed analysis and comparisons.

So, for overall wellness and heart health, what level of exercise should we recommend? Here are some guidelines:

1. Remember, always check with your physician or other health provider to determine whether physical activity is appropriate for your specific medical condition.

2. This study adds to the evidence that light and moderate exercise is clearly beneficial.  The current recommendation by the American Heart Association is 150 minutes a week of moderate exercise. That could include brisk walking, light or moderate jogging, or many other types of aerobic activity. However, as we previously reported, even very short sessions of exercise can be beneficial.

3. High-intensity exercise, defined as 4 or more sessions a week, or frequent sessions of very high intensity activity (for example, running > 7 MPH) , may not be optimal for long-term health and survival. There is still minimal evidence that this level of exercise is actually harmful, but the benefit may not be as high as for those that stick to moderate exercise.

4. For those who elect to perform higher intensity exercise, it may be reasonable to cycle the periods of high activity with “down time”or cross-training with other less-intense types of exercise. There is still really no evidence that any particular type of aerobic exercise is best, so an active lifestyle that focuses on a mix of activities may be optimal.

Other than perhaps diet, an active lifestyle is still the single most effective way to prolong our lives and prevent disease. We hope you will join the HeartHealth Docs in participating in the upcoming Capital City Half Marathon and the New Albany Walking Classic.

Here is a reference to the study mentioned and this article.

Here is our overview of exercise, and an additional article on the benefits of exercise.

Recently, Dr. Albers and myself were asked to participate in the “Living with Heart Disease” lecture series sponsored by the American College of Cardiology. I spoke about a very common type of irregular heart rhythm called atrial fibrillation. If you or a family member has suffered from this condition, you may find this presentation helpful, as I discussed the causes, symptoms, and common treatments of this condition. here is a link to a video of my recent presentation.  As always, only a physician who has personally assessed you can give specific advice about your (or your family member’s) condition.

If you want to learn more about atrial fibrillation or many other heart conditions, an excellent resource is the CardioSmart website which we refer to often in our blog.

Most of us are well aware of the benefits of regular exercise (certainly, regular readers of this blog should be!)  While there is plenty of evidence of the the benefits of exercise for our heart and circulatory health, an interesting new study has taken this concept a bit further – it showed that older adults who are regular exercisers were not only healthier, but essentially “younger” – in other words, their bodies had the physiologic and mental attributes of someone who was younger. And, this not only included their athletic endurance, but things like mental acuity and reflexes. This study was in an unusual group of elderly folks who were fairly vigorous cyclists, but there is a good chance these findings would apply to all active elderly adults.

So while some aspects of normal “aging” may be inevitable, studies such as this show that staying

active may not only make our bodies and minds feel younger, but possibly function younger! Here is a link to a nice summary of the study in the New York Times:

For some of our tips about starting and maintaining an exercise program see our previous article. And always remember, you should always check with your doctor to make sure that an exercise program is safe and beneficial for your specific health conditions.

. In the book Heart to Start, Dr. James Beckerman, a cardiologist who lives in Portland, Oregon, writes a detailed prescription for anyone to use to start living heart healthy. The gut-check forward “What’s your legacy?” written by David Watkins is followed by patient examples, vignettes, and Beckerman’s own personal reasons for the book. The Warm Up, Work Out, Cool Down sections echo a training session, and take the reader through the paces – the what, why, how, for fitness assessment and growth toward heart & circulation health.

The chapter Cardiac Reboot asks “Got Rehab?” and points out the current reality that if you (the patient) don’t bring up cardiac rehab, “it is possible no one else will.” This relates to the low numbers (20-30%) of eligible patients being referred to cardiac rehab, and of those only 40% actually completing this effective treatment regimen.

Beckerman goes on to provide readers a toolkit for being active, while showing how an active lifestyle can be habit forming – and be maintained for years (ie. how not to get injured). The book will get you to your 5K and its finish & beyond, and will teach how nutrition, training, and balance (ie. strength conditioning in addition to walking/running) work together.

Dr. Beckerman gives powerful examples of what motivates him – for the book, and for his practice which includes the PlaySmart heart screening program. The proceeds from the sale of his book will support free heart screenings for kids.  The book will help anyone learn about and apply practical, inspiring information for exercise and heart health. A great way to multitask.